So I did it. I know I said I wouldn't, but I lied changed my mind. I started a new blog. But I didn't completely start from scratch. I imported a lot of my posts from here to there since I am still going to be writing about being more frugal and natural minded. But this new blog will allow me to write about much more than that and not feel that I am being a hypocrite if I write about something NOT green and thrifty. Plus I have changed my views on many things over the past few months. While I am not ready to write about those changes and the reasons just yet, I am sure I will at some point. So if you want to keep up with what is going on around our house and maybe learn about my changing views, be sure to follow along with us at My Spirited Adventure.
Posted by Marishannon No comments: 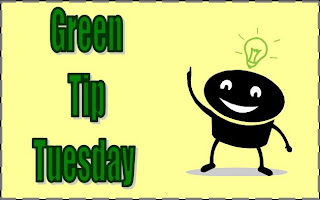 Take shorter showers!
This is another thing that our mamas probably fussed at us about as kids. But a simple measure we can all take to save our precious resources  I like long, hot showers. I admit it. But I do try to make a conscious effort to only stay in there as long as I need to, which isn't very long some days since I don't wash my hair everyday.

Some people take a shower in which they wet themselves, turn off the water, lather up, turn on the water to rinse, and then do the same thing to wash their hair. It has a name, but I can't remember it. But it doesn't matter because I'm certainly not going to do it. I love nice hot showers. But I do try to limit my time in them.

Why limit shower time you ask? Because it saves gallons of water! According to Ecomii, "cutting a 15 minute shower to 12 minutes can save 105 gallons of water per week." Wow! This helps the earth tremendously since fresh water is in such demand and it also saves us money as well. Why that might not seem like much when you are paying pennies per gallon for water, it really adds up!
Posted by Marishannon 1 comment:

We've all heard it before: you can't expect too much from a little child. Don't try to give them too many responsibilities or explain things too much to them. What if the problem isn't that we are expecting too much from our children, but rather too little.

As I was taking a shower this morning, the kid came in the bathroom and told me he had to go pee. Of course let me tell you that the kid is now 2.5 but is very strong-willed and is not going to use the potty unless he feels like it. Which is never. Though he does like to sit on the toilet and "read" magazines like daddy. And the bathroom that I was taking a shower in doesn't have a working toilet right now. So I had two choices. I could climb out of my nice warm shower to run the kid to the other bathroom which would result in him sitting on the toilet,  pushing his penis down, nothing coming out, him getting bored and jumping off the toilet, then him peeing on the floor two minutes later. Or I could pull him in the shower with me and he could just pee in the water and it would go down the drain (what? pee is sterile).

Then a lightbulb went off and I grabbed the metal bowl out of the tub (he likes to make cakes when he is taking his bath) and told him to pee in that. He of course proceeded to sit down on the floor and try to figure out how he was going to pee in the bowl. So I told him to stand up and hold his penis like daddy and pee in the bowl. After three attempts to push the pee out, he finally did it. And might I add that he has pretty good aim.


He was so proud of himself and I was so proud of him! Why had I not tried getting him to pee standing up before? Because everyone says that that is messy and little boys can't aim and I would end up with pee all over my bathroom. And I barely clean my bathroom as it is, I don't need pee on the walls.

So what does this silly story of penises and pee have to do with expecting too little? Well, nobody expects little boys to be able to aim, so I listened to them and have been making my son sit because I didn't expect much out of him. Today he showed me that I was wrong. Actually, he likes showing me that I am wrong. Whenever I tell him to let me do something because I know he can't (I mean, I don't literally say "you can't do it"), he says "No! Yeah-Ye!" (Yeah-Ye is how he says his name, btw) and then he does it.

So perhaps instead of lowering the bar for our young children, we should raise it up a little higher?

If you haven't heard of Vitacost before, you are missing out! They offer a great selection on all-natural and organic products. Their products range from vitamins and supplents to food to cleaning products and everything in between. And their prices are great! Shipping is a flat $4.99 up to $49...then it is free.


Thanks to my BFF (you know, the on who doesn't know I exist) Laura at Heavenly Homemakers, I learned about a great deal. When you sign up for their rewards program through this link, you get a free $10 credit! Then if you refer your friends, who also get $10, you get another $10 when they complete their first purchase! Score!


So if you buy something worth $10, even after shipping you get it half off! Yes, the credit works towards shipping! Another score! I'm thinking of Clif Z Bars for the kid...he would think I was the best mom EVER (I mean, I am...)!

Posted by Marishannon No comments:

I started a new blog. I wrote two posts. Then I got bored with it. Or overwhelmed. You choose.


See, I started to feel like I was moving away from the original intent of my blog. I also decided I wanted to make this blog a little more about my whole life instead of it being focused on green living on a budget. But the idea of starting a new blog over from scratch was intimidating. Posts to write. People to force to read. Organizing to do. Too much work.


So I figured I would come back to you guys (you are still there, right?). My posts will just be a little broader (and cuter since kids' pictures will be involved...see below). The name still fits, though. I mean, I still live a thrifty life and I still try to live a little green. And I'm still lazy...though I guess that isn't part of my blog name. Though it should be. Maybe I'll add that in when I finally get around to changing the about me and about this blog. Now for the cuteness: 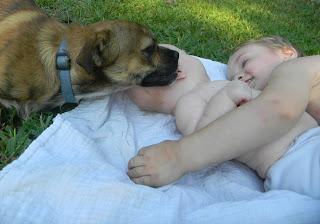 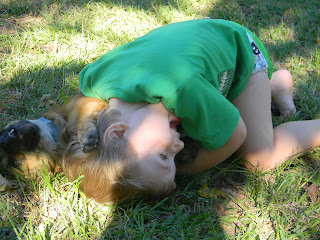 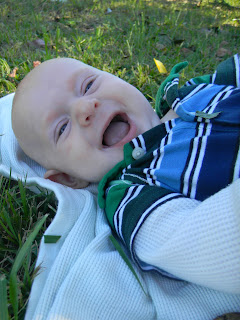 Posted by Marishannon No comments:

We went blueberry picking at a local (I use that term loosely) farm earlier this week. Picking blueberries is a slow process, but organic blueberries for $1.25 a pound? I'll deal with it! I forgot how delicious fresh blueberries are since it has been almost a year since I've had ones that weren't previously frozen. I can't walk into my kitchen without grabbing a handful (or two) of these antioxidant powerhouses!

While we got a later start than I wanted and it got hot, we had a great time! The kid loves blueberries and couldn't wait until we got to the field. For those of you in the area, I highly recommend Berry Hill Farms.  Even the little one enjoyed the day :)


Posted by Marishannon No comments: 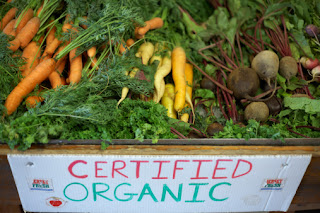 The Environmental Working Group has recently come out with a new list for 2011 of the most contaminated produce. The EWG uses reports from the USDA to put this list together. There is a new one every year with slight variations, though many of the same foods appear every year with only a new position.


Why is this list important? Because not everyone can eat 100% organic, whether it be because of cost or location. This list allows you to steer clear of conventional produce that is highly contaminated. The EWG also puts out a 'Clean 15' list that has the top 15 least contaminated fruits and vegetables. It is reported that choosing produce from this list removes up to 93% of pesticides from your diet!


I know that I can't afford to buy all my produce organic, so I definitely try to keep this list in mind when I am shopping. While I don't really have to worry about vegetables this summer since I have my organic CSA, I still buy fruit every week. And if the price of organic is too much, or it simply isn't available as is the case for many stores around here, I simply choose an alternative that is not on the 'Dirty Dozen' list.

There is one more thing that is important to think about with this. Summer is now in full swing, which means that delicious and local produce is in full swing. Many local farmers use organic farming methods but are not certified by the USDA because it is a rather lengthy and expensive process that many can't afford. So while those delicious peaches down the road may not be "organic", it does not hurt to ask the growers about their farming methods.

I try to stick to this list, but what about you? If you can't find/can't afford the organic version, do you do without or buy it anyway?
Posted by Marishannon No comments:

Get paid to search